The DGTR, on 11th May, initiated an anti-dumping investigation into imports of Plain Medium Density Fibre Board exported by Kim Tin MDF Joint Stock Company from Vietnam. This is the first instance of an investigation being conducted against an individual exporter, as opposed to the general practice of investigations against countries as a whole in the past.

In the present case, the imports of Medium Density Fibre Board from Indonesia and Vietnam were subject to anti-dumping duties with effect from 14th July, 2016. However, the exports by Kim Tin MDF Joint Stock Company (Kim Tin) were exempt from the aforesaid duties, as it was found that the exporter was not dumping, that is, the dumping margin was below de minimis. The domestic industry in India has, however, now prima facie shown that the exports from Kim Tin are being exported at dumped prices and are causing injury to the domestic industry. Therefore, the domestic industry has requested that antidumping duties be imposed against imports of Kim Tin as well. Pursuant to an application by the domestic industry, the DGTR has found that there is sufficient prima facie evidence of dumping and injury to warrant initiation of investigation.

Another issue that is interesting about the initiation is that, in the past, if an exporter was not found to be dumping in India or causing injury to the domestic industry in the original investigation, its margins were nevertheless subject to review in a mid-term review or a sunset review. For instance, in the anti-dumping investigation concerning imports of the same product, Plain Medium Density Fibre Board, from China PR, Malaysia, Thailand and Sri Lanka, the DGTR noted that “where an exporter was awarded zero duty in an original investigation and is now found to be dumping and the same is likely to cause injury to the domestic industry, then duties must be imposed considering the dumping margin and injury margin found in the present review investigation period.” Similar approach was followed in a number of other investigations, such as those relating to imports of Phthalic Anhydride from Korea RP, Taiwan and Israel; imports of Polyvinyl Chloride (PVC) Suspension Grade from Taiwan, China PR, Indonesia, Japan, Korea RP, Malaysia, Thailand and USA; and imports of Polyvinyl Chloride (PVC) Paste/ Emulsion Resin from Korea RP, Taiwan, China PR, Malaysia, Thailand, Russia and European Union, to name a few.

However, in the present case, the DGTR has initiated a separate anti-dumping investigation into imports from Kim Tin, rather than a review investigation. The deviation from past practice stems from the findings of the WTO Panel in Ukraine – Anti-Dumping Measures on Ammonium Nitrate [WT/DS493/R, Report of the Panel dated 20th July, 2018] , wherein the Panel considered a similar practice adopted by the investigating authorities in Ukraine. In the facts of this case, the Ukrainian authority included an exporter EuroChem, which was previously not found to be dumping, within the scope of a sunset review investigation. The inclusion of the EuroChem was challenged by Russia on the grounds that once an exporter is found to be not dumping, the investigation against such exporter should be terminated and accordingly, they cannot be subject to a review investigation later.

The Panel examined the issue and the legal standards in detail, and in particular, the provisions of Article 5.8 of the Anti-Dumping Agreement, which provides that “there shall be immediate termination in cases where the authorities determine that the margin of dumping is de minimis”. Based on the same, the Panel found that “once an investigation is terminated, or brought to an end against a producer, it cannot subsequently be revived through an interim or expiry review”. The Panel, therefore, concluded that “the inclusion of such a producer in an interim or expiry review as well as the subsequent antidumping duty imposition on it following such reviews would be inconsistent with the obligation under the second sentence of Article 5.8 to immediately terminate the original investigation against it.” Similar findings were also given by the Panel earlier in Mexico – Definitive Anti-Dumping Measures on Beef and Rice [WT/DS295/R, Panel report dated 6th June, 2005] in the context of administrative reviews and mid-term reviews. The findings of the Panel were upheld on appeal by the Appellate Body [WT/DS295/AB/R, Appellate Body report dated 29th November, 2005], which noted that once an exporter was found to have a de minimis margin, and excluded from the scope of anti-dumping duty; it cannot be brought into the scope of levy in a subsequent review.

Therefore, the Reports of the Panel and Appellate Body are clear in that once it is found that the dumping margin for an exporter was de-minimis, the investigation against the exporter was required to be terminated. Therefore, the dumping margin for such an exporter could not be again subjected to redetermination in a review investigation. As a result, the only alternative available would be subjecting the exporter to a fresh investigation, for examination of dumping, injury and causal link. The initiation against an individual exporter in MDF, therefore, plays an important role in making the Indian practice consistent with the provisions of the Anti-Dumping Agreement and bringing it in line with the practice of other countries. 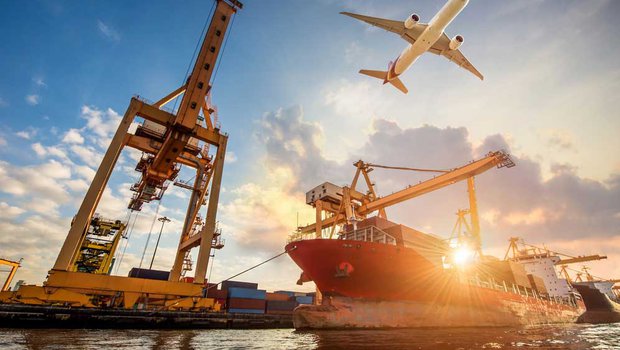